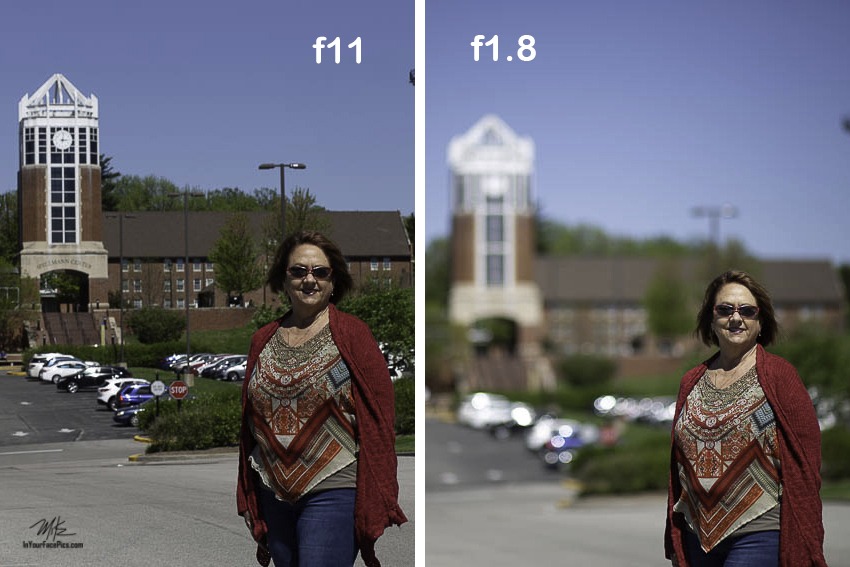 I was informed one must write catchy headlines to be a successful blogger. This one will undoubtedly launch my career. To where? I’ll let you know when I get there.

I was having coffee and a conversation with my neighbor Ken and a new found friend/business connection, Stephan Mathys. Stephan owns SJM Copywriting and in his own words, dwells in the boring and mundane world of grant and technical writing, bringing it to life for the end readers who control the purse strings. Those are his words. Me? I think Stephan is a high energy talent with a great imagination. He’s has the writing basics down pat and I’m enjoying his work of fiction, “Predatory Behavior”.

It’s difficult for me to get through any meeting without pulling out my phone a showing a photo or two. True to form while I was demonstrating my handiwork (the beautiful model added visual interest), I discovered that neither of my guests understood what a f-stop means, does… or even cares, even though 94.75% of the entire population on earth has a camera or a phone with a camera.

Truthfully, nobody needs to understand f-stops or any other technical jargon to take a “good” picture these days. The technology is there. However if it matters, and you want to take a “great” photo, here’s the low down for using the “aperture priority” setting on your camera.

F Stop values indicate the size of aperture opening in your lens. Think of the iris of your eye. These values can begin as low as f1.8 which is wide open, to f11 and above where the iris is just a pin hole. (Don’t you think it would just the opposite? The higher the value the more open the lens? Go figure.)

As you can see in the pic above, my camera is set to “aperture priority” (Av). 4.5 is the current aperture value on my camera (right) and I can see it change as I turn the adjustment wheel.

In simple terms, the net effect on the image is called “depth of field”. The higher the value, the deeper depth of field. The lower values offer a shallow depth of field. It all comes down to “intent”. Intent is what I have to offer as a professional photographer. In the photos below, my beautiful model is always in focus, but the clock tower #Lindenwood University will or won’t be based on the intent of the shot. As you’ll see, at f1.8 everything in front of or behind Patty is out of focus. At f11 the building is mostly in focus. (Click on an image to view in gallery view.)

That covers it for today so get out there and play around with it. There are other factors the come into play, and I might cover them in a later blog (if the demand is overwhelming) with even a catchier headline. Please leave your remarks below. I love the engagement.

I am for hire. To view some of my other work, you know what to do here.