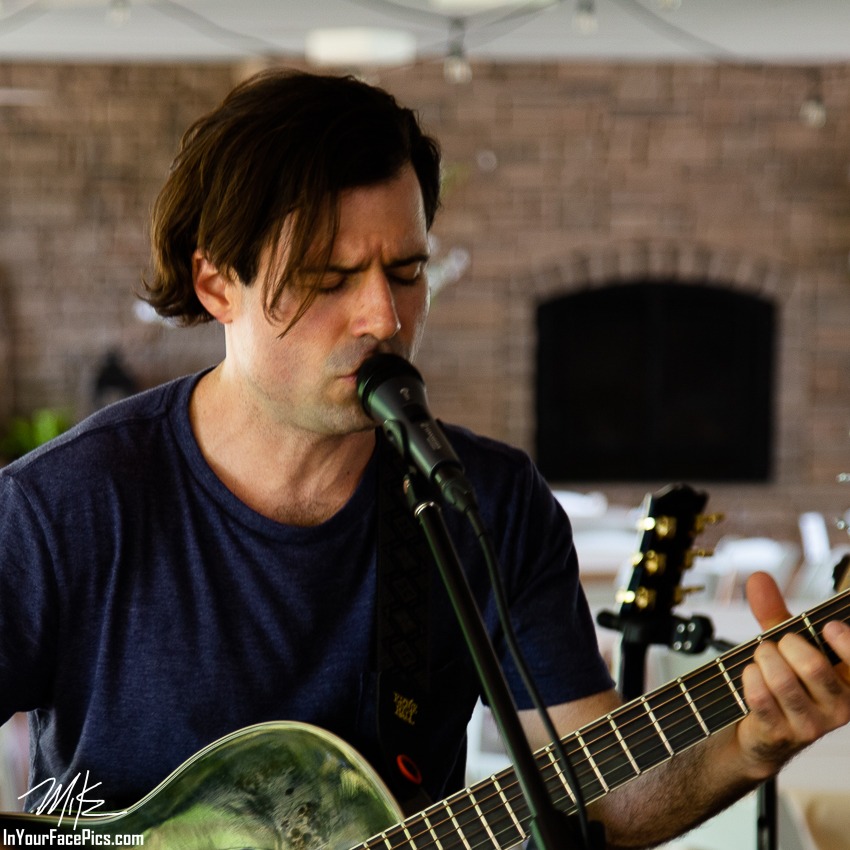 I wonder how many people plan their holidays weeks maybe months ahead. Patty and I plan many of ours minutes ahead as was the case yesterday when after a short bike ride and a short walk to Jake’s on Main to acquire (at Patty’s insistence) coordinated patriotic tee shirts we decided to spend the afternoon at Defiance Ridge Vineyards because they had music.

Music is pretty much all we need to entertain ourselves for an afternoon or evening. Add a glass (read bottle) of wine and a dance or two, and we’re all set. Simple pleasures. Live gratefully.

Speaking of which, God bless the United States of America. Millions of people have lived, worked, suffered and died for the great cause of freedom and the pursuit of happiness. It shouldn’t be forgotten.

It was rather warm (low 90s) as the one man band, Matt Livasy, fired up his orchestra and worked his craft. He starts each song by laying down a percussion track or two or three then loops them. After that he’ll pick up his base guitar and do the same thing.

After the bass comes the rhythm either with a Godin guitar synthesizer or Ovation guitar or both.

songs from The Eagles, The Stones, Bob Seger and all your favorites. The guy only took one break two hours in and capped of the 3rd hour with an encore performance of Jimi Hendrix’s Woodstock version of the Star Spangled Banner which left all of us with goose bumps.

Matt, thanks for an great afternoon!

For all my friends in the St. Louis region, I don’t think you could go wrong to bring Matt in for your entertainment. He is an artist, a musician and a hard worker. Anything but a one man band. Get a hold of him right here – Matt Livasy.

Thanks for dropping by today. I love to hear your comments in the box below (leave a reply) and subscribe to be notified for more posts like this one. Peace out.