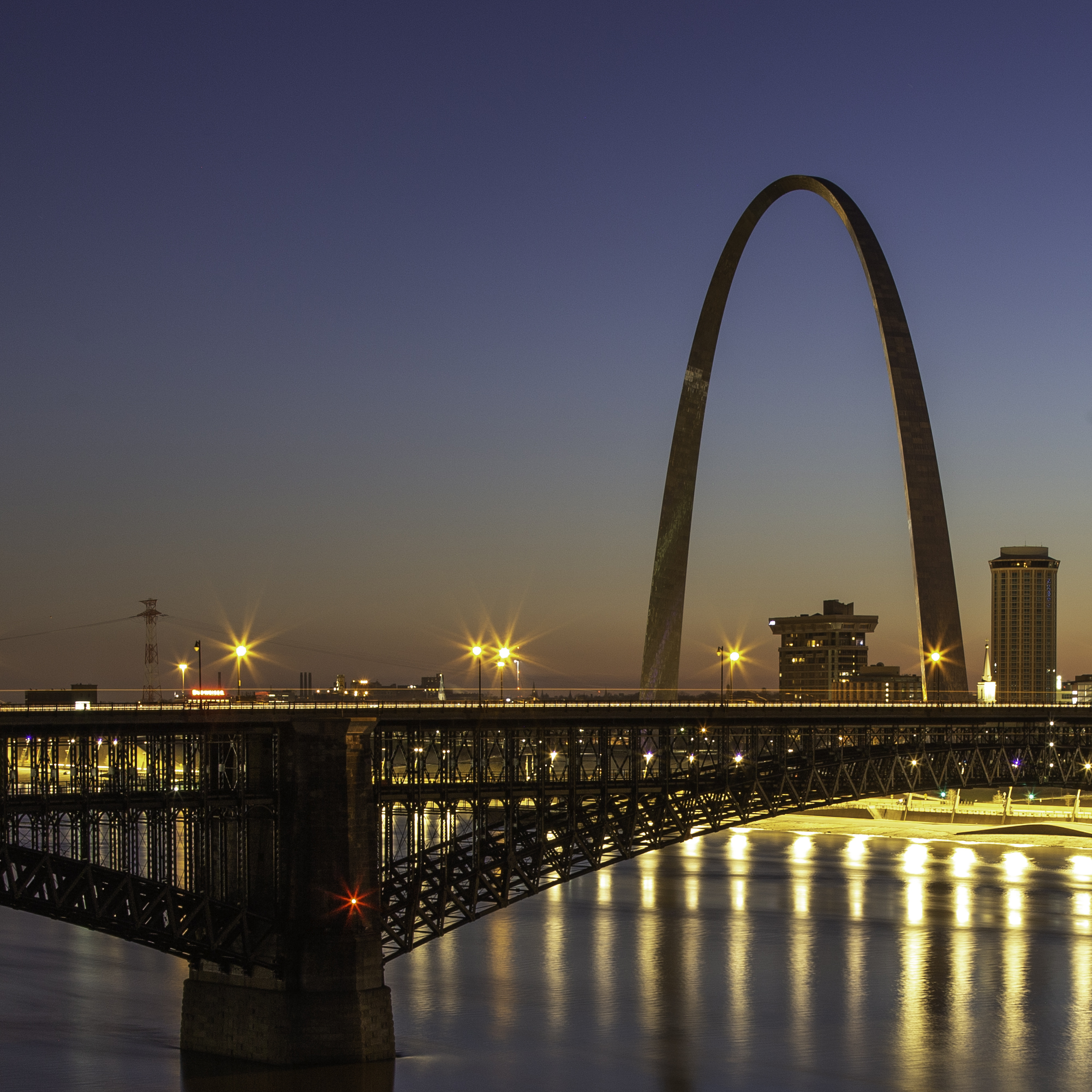 If I die before I’m known as an artist,
I’ll surely be known as a dreamer.

Spruce up your office or home with original photographic art.

I’ll size it and give you the choice of your media:

Call to discuss your needs.

The Martin Luther King bridge over the Mississippi River was closed for construction on a brisk evening March 6, 2020 when myself, Patty and a handful of photographers walked on to the bridge to ply our skill at capturing the Eads Bridge and the Gateway Arch in St. Louis.

This photo shot March 2011. I have plans to remake this image. None the less, I’ve enjoyed it for the last 10 years.

2996 Flags were placed on Art Hill in St. Louis’ Forest Park in remembrance of the 10th anniversary, September 2011, of the World Trade Center attack.

It was a dreary February offering very little to photograph except the West Alton Power Plant and a coal train.

It was Tuesday morning April 21, 2020. The state was under a “STAY AT HOME” order. (I’m standing almost underneath the arch, you can see the shadow on the sidewalk.) Not a soul in sight. This is not a Photoshop effect, it was the Pandemic effect. I have it printed at 20×7″ but could go 40×14.

I shot this image during a completely fogged in morning in the San Francisco area. It makes you wonder, doesn’t it? Where do these steps lead? In some respects it resembles a pastel painting, but it’s not.

This one is hanging on my wall, about 48″ with the frame. Shot in Muir Woods, California on a drizzly Monday. Worked out because no too many tourists messing up the scene.

Shot this on Saint Patrick’s Day 2018. After waiting about 40 minutes when it was 40 degrees with 40 mph winds, I got the shot. As a young man, I was a brakeman and rode the engine or caboose over this same piece of track. 22×11″

It was June 2017. Patty and I took a ride to Washington Missouri. When I discovered that Amtrak was due to blow through from the east, I set up. First up was an empty coal train. I took the shot. As soon as he passed, a police car loud speaker was ordering me off the tracks. Of course, I complied.

The San Francisco Bay Bridge photographed from Alcatraz. Interesting shot because the focus is on the bridge tower in the window.

The Golden Gate Bridge from Alcatraz. The fog had just settled below the bridge deck. 10×20

Since my grand daughter named the leaf image, “Creation”, I decided to name this one “The Big Bang”

It was during the golden hour and the reflections in this window were extraordinary.

A little project in my studio.

If you enjoy orchids, visit Opeyland Hotel in Memphis.

This was a fierce storm. Then…

Who’s not in awe of the Grand Tetons? This image is not for them. I added the verse for those who like that kind of stuff. I can print it either way.

March 2018 driving up I-29 close to the Missouri River in the southern corner of Iowa.

Patty made this great image while I was hyper-focused on trying to photograph jets moving close to the speed of sound.

(Fine) art is subjective, so feel free to come to your own conclusions. Thanks for stopping by. This gallery is always updating so check to see what’s new.