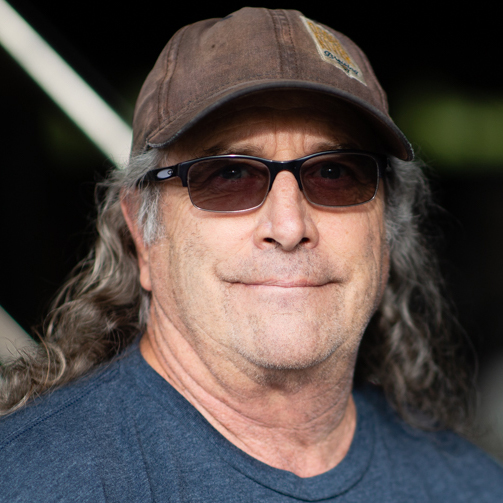 This is my brother Pat Winslow

We took this photo in early May at his brewery on the river in Ogden Utah. Some people say we look a lot alike. I still think I’m better looking…

There are five of us Winslow kids. Pat and I both did a tour of duty with the Union Pacific Rail Road. Mine lasted about 5 years and Pat’s lasted about 45 years. As life goes, our paths diverged. From our home town Cheyenne, Wyoming, I went east to study and ended up settling in Saint Louis, Missouri, and Pat took a transfer to Ogden, Utah.

Pat and I both were always interested in photography. More on that later. Some years before he retired he became interested in brewing which sprouted into a dream to own a brewery (which was probably nightmarish at times during the height of the pandemic) which became a reality in October 2020.

Pat didn’t build this place by himself. Of course he found an investor(s) and built a solid team, but I’ve yet to mention his wife, Sara and their 5 children. Pat ain’t nothing if he ain’t a family man. Watching from afar I know he had support from his family, and a sizable following that made the Kick Starter Campaign successful.

During our visit last May we discussed a project he was considering called “Pints for Pups” as a fund raiser. The idea is to have the customers get a photo with their dog, enjoy a beer, to raise money for the local animal shelter. I was pleased when I received this image in a text last week. And hey, I know the photographer!

Which brings me back to photography. I was pleased when I saw this photo (“reposted” from Facebook.) that Pat made. This is a pretty damn good picture technically and creatively. It would be my guess he was warming up for the big event this Saturday July 10, 2021. Not only the brewer, but the photographer too!

I don’t want to brag too much on my brother Pat Winslow. He’ll get a big head 😉 . But seriously, my wife Patty and I enjoyed our visit to Ogden River Brewing and we highly recommend that if you are in Ogden Utah this Saturday or any day, drop in for a beer and some food at this beautiful restaurant on the Ogden River.

Thanks for dropping by.

Ps. For professional photography in the St. Louis market I do work that matters for people who care about the results. Here is a link to some of my portrait work.

Pss. And I would love to hear your thoughts if you will share them in the comment box below.

The event was a huge success! Pat shot about 85 portraits, raised $5700.00 for the animal shelter and adopted out 3 dogs and 2 cats during the event. The photo on the right is his daughter Chelsea.

21 thoughts on “My Brother Pat Winslow”