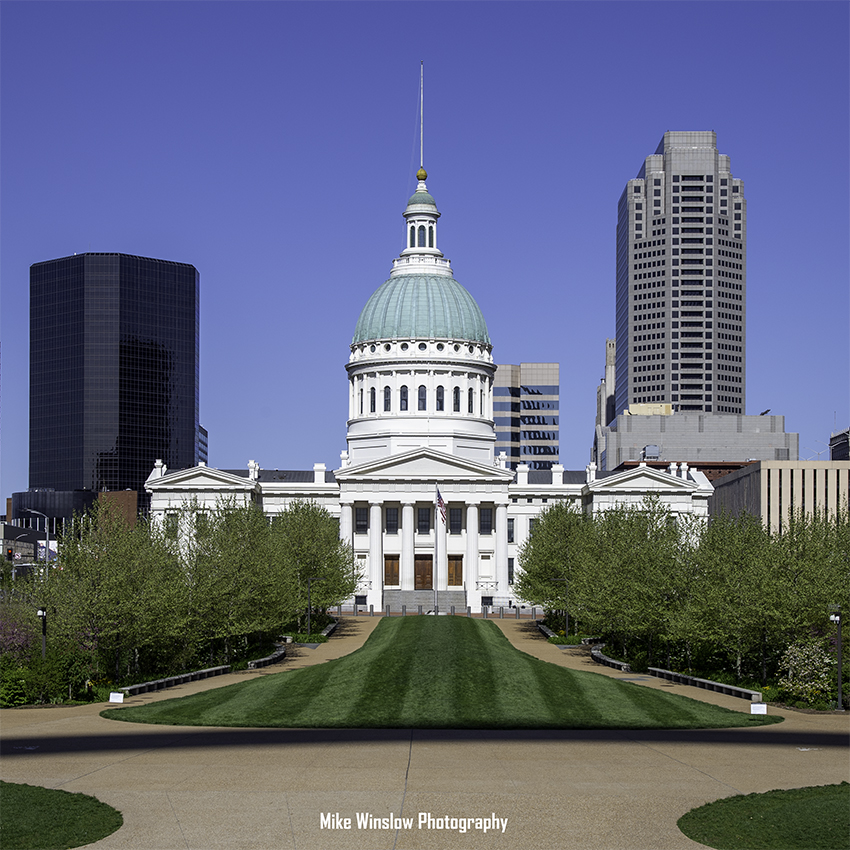 Photographs from spring and early summer 2020

The Old Courthouse and the Shadow of the Arch

Like everyone else last April, I was going bat shit because the uncertainty, confusion and fear surrounding the pandemic, the lock down and what all of it meant for me, my family, friends and neighbors – that’s you, America the Beautiful. Yes, we’ve always been in it together when you sit down and think about it. April 21st was a Monday and early in the morning I announced to Patty that I was leaving the safety of my (stay at) home in Saint Charles and driving to Saint Louis to take photographs. I didn’t know if I’d be facing arrest, contracting the virus or both, but I was going to make some photographs regardless. That’s what bat shit does to a person.

Normally on a beautiful spring morning the mall in front of the courthouse would be crawling buzzing with tourists. Close inspection of the above image eerily reveals no humans appearing in the photograph. This is not a Photoshop effect. This is the Pandemic (effect).

This photograph the same day captures one lone visitor flying by at 38,000 feet. A rare shot indeed of a commercial passenger aircraft. They used to be so common place.

There were some humans moving around the Arch grounds that morning which I found comforting. Also the occasional law enforcement officer, probably hoping I wouldn’t do anything to cause them to get out of the car and expose themselves.

Classic View of the Arch

I shot this photo of the Saint Louis Arch from the Martin Luther King Bridge. It’s a classic shot that I’m throwing in as a bonus.

The Arch makes me think of how great America is and long for the early days of the pandemic before the virus mutated from an respiratory infection to an acute breakdown of civil intelligent political discourse and into racial divide.

But Did You Hear About This?

I wonder why nobody is talking about this. History was made May 30, 2020. NASA astronauts Robert Behnken and Douglas Hurley launched from American soil in a commercially built (can you say SpaceX?) spacecraft and docked at the International Space Station a day later.

If you think that’s something, check this out. The Falcon 9 rocket, after accelerating the Dragon space craft to ten times the speed of sound and to a point 50 miles up, turned around and landed on a barge in the ocean. I’d like to see just anybody try that.

The mission successfully ended with the craft and our boys splashing safely down in the Gulf of Mexico. The last time that happened was July 24, 1975! And I’ve heard nary a peep out of the media about this.

Speaking for myself and probably the majority of Americans of any race, black lives have always mattered. I’m offended by news broadcasters and their interviewees that suggest because I’m white I’m racist.

I’ve argued that “black lives matter” creates a new class of people and creates division. How would it sound if I substitute “fat people” or “short people” for black in that phrase. How about this, “Mexican lives Matter”. That sounds racist.

America is great, beautiful and full of opportunity. The way to solve our problems is to look to the future, not tear down the past, to open our eyes to the good and not dwell on the evil.

Time to hit the publish button so I’m out of here for now. I invite comments and discussion in the appropriate box below.

2 thoughts on “But Did You Hear About This”