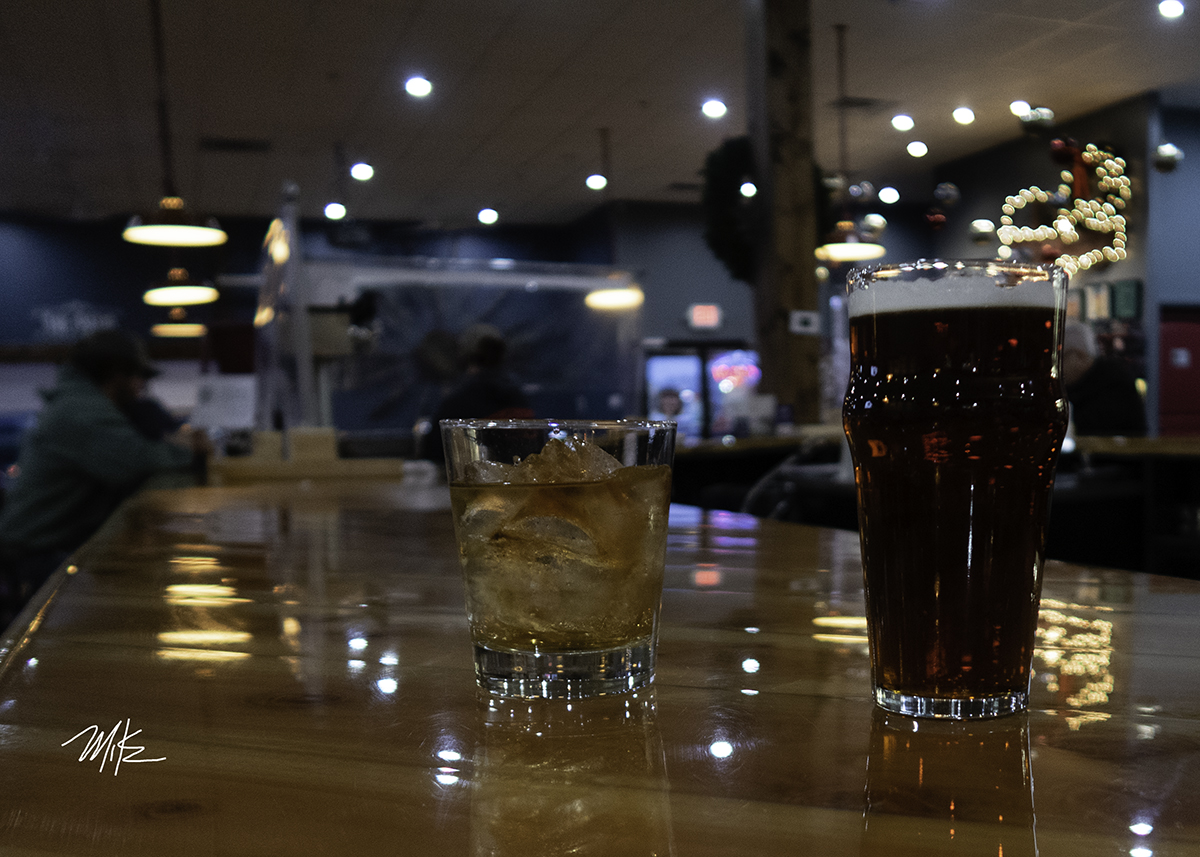 …my thoughts is a ritual I engage in most Wednesdays around three in the afternoon at Third Wheel Brewing in St. Peters Missouri. It’s usually nice and quiet just after they open, the Wi-Fi is good, the beer and food are awesome and the staff and guests make a wonderful community. What better place for a guy like me to gather, collect and amalgamate my thoughts?

And there are plenty of thoughts

Here’s one thought. A review of last year’s resolutions that I published January 17th.

I think the gist of that musing I wrote nearly a year ago for myself was to become less of a “human doing” and more of a “human being”. Here’s a link if you need clarification, I Resolve.

Two months later, my personal resolution to practice “being” ceased to be voluntary and became imposed by an external edict during the “lock down” over the spring and summer. If I wasn’t working on the house or taking another walk, I was sitting (gathering, collecting and amalgamating my thoughts) in my garage distanced from social interactions, reading a book or listening to music and drinking beer.

Maybe you had similar experiences.

The easing of restrictions (in my neck of the woods) mid to late summer was a blessed relief. It’s not good to be locked down alone with one’s thoughts for an extended period of time, unless you are a monk. I am not a monk. So I am very happy to see that Third Wheel Brewing and The Window (food for the craft beer lover’s soul) survived by their wits and providing carry out. (Many businesses did not.) Thus, the social being that I am has a place to sit on Wednesday afternoons to gather, collect and amalgamate my thoughts and produce philosophical prattle, like the stuff you are currently reading.

I know you’ve suffered loss and pain last year. My heart is with you. I lost three close friends.

Cary O’Brien, a genuine down to earth good hearted man, suffered a cardiac event two weeks into the lock down. I mourn his death and the forbidden gathering where we might have comforted and embraced one another to ease the pain and start the healing.

Sulinda Kramer George, Patty’s long time colleague and my friend, after a three year battle with cancer died the week before Christmas. Again, these unprecedented times set the memorial service to some time in the future.

And finally our fur baby Noel, the sweetest little lap dog ever, died of old age (15) who in consideration for us, waited until we were out of town to die.

One Final Thought (For Today)

Last year America launched men into space for the first time since 2011, my brother Pat opened his own brewery Ogden River Brewing, and I walked my youngest daughter down the isle. Good things to celebrate and think about.

Thanks for hanging in there with me while I gather, collect and amalgamate a few thoughts.

I hope 2021 brings you good things including prosperity and good health.

Ps. I’d like to hear the thoughts you’ve been collecting in the comment box below and you know where to find me when you are thirsty for a cold craft beer and some company. Peace.

15 thoughts on “Gathering My Thoughts”